Some 10,000 Thai protesters have gathered in defiance of a sweeping crackdown after authorities moved to crush months of pro-democracy demonstrations by imposing emergency powers and rounding up leading activists.

Protesters chanted “Prayut get out!” and “Free our friends!” as they confronted police at Ratchaprasong, a busy junction in central Bangkok, despite a new decree that bans gatherings of more than four people – aimed at quelling student-led demonstrations.

The government of Prime Minister Prayut Chan-O-Cha, a former army chief who initially took power in a 2014 coup, has been the target of the protesters, but they have also taken aim at Thailand’s monarchy.

“You push us into the corner like a dog,” one of the few prominent activist leaders not in custody, Panupong “Mike” Jadnok, told the crowd.

“And with our backs against the wall, we’ll bite back with nothing to lose,” he said.

As night fell, protesters waved their lit-up mobile phones in the air. Thousands sat on plastic sheets on the road snacking on street food while scores more watched from overhead walkways. Many said they would return Friday evening.

After the emergency measures were announced early on Thursday, riot police dispersed hundreds of protesters who camped overnight outside the prime minister’s office.

Numbers here are huge. Tens of thousands. Not seen this many people on the streets since 2013. Pic taken from Phanfa side of Democracy Monument around 5:45. pic.twitter.com/77v0iNS5te

Later, student leaders took to social media to urge supporters to take to the streets.

Among those who turned out were high school students, who covered the ID tags on their uniforms with duct tape. 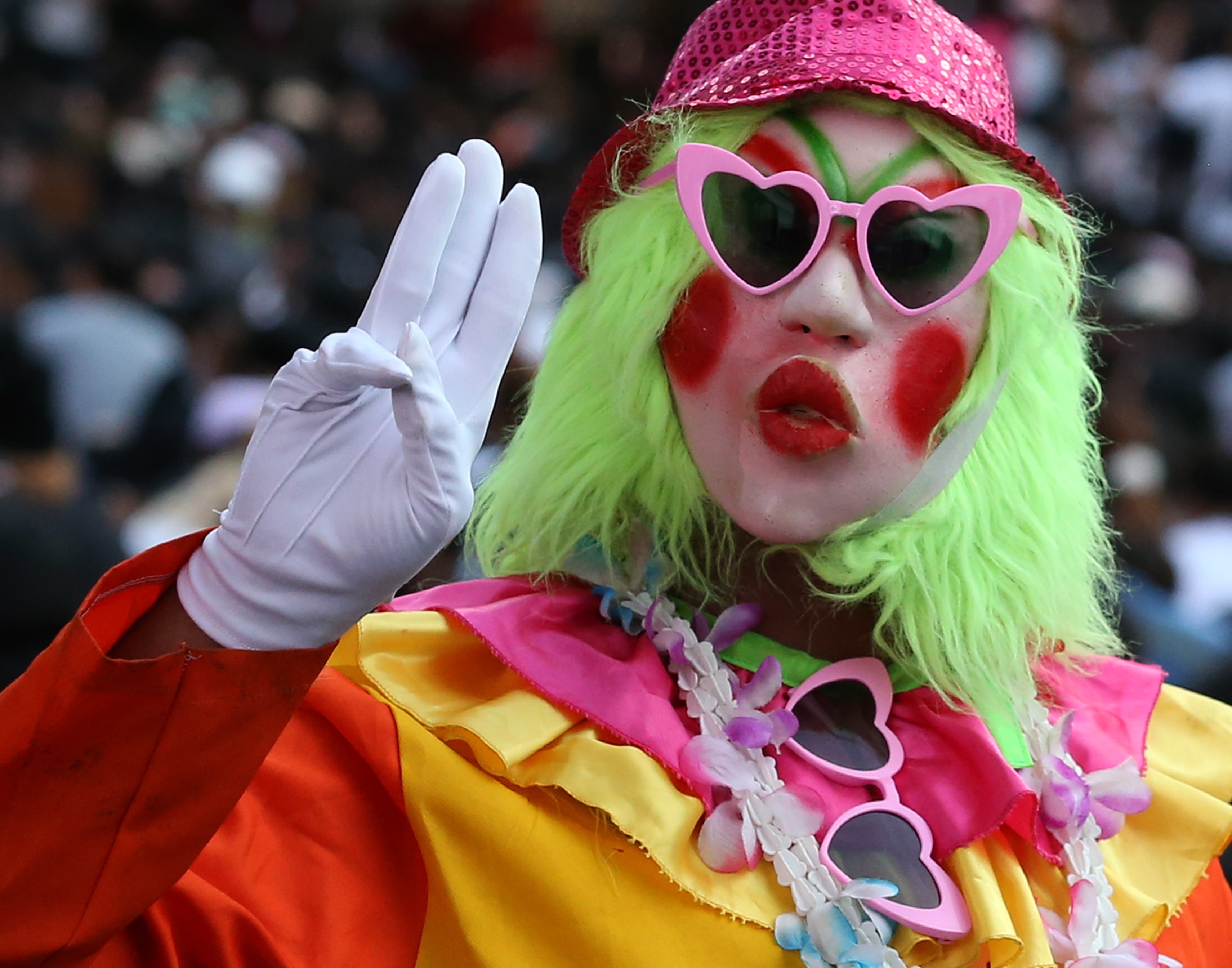 A anti-government protester flashing the three-finger salute joins a rally against the state of emergency in Bangkok, Thailand, 15 October 2020.

“I want democracy for my country,” said Katherine, a 13-year-old attending her first protest. “I want to be a part of big change.”

“All of these people who assembled today – their actions are against the law,” deputy police spokesman Colonel Kissana Phathanacharoen told AFP.

He said it was up to the authorities on who to pursue with legal action.

Three top activists were among nearly two dozen arrested earlier Thursday, including Parit “Penguin” Chiwarak and Panusaya “Rung” Sithijirawattanakul, whose own detention was live-streamed on Facebook.

Anon Numpa, another leading activist, said he was forcibly taken by helicopter to Chiang Mai in northern Thailand “without my lawyer”.

“This is a violation of my rights and is extremely dangerous to me,” he wrote on Facebook.

It was not immediately clear how those arrested were accessing their social media accounts. By evening, Mr Numpa and Rung’s Facebook profiles appeared to no longer be online.

On Wednesday, there were unprecedented scenes as protesters crowded around the royal motorcade carrying Queen Suthida and Prince Dipangkorn Rasmijoti, raising the three-fingered gesture of defiance adopted from The Hunger Games books and films.

The emergency measures announced on Thursday also allow the seizure of “electronic communications equipment, data, and weapons suspected to cause the emergency situation”, a government spokesman said in a statement.

“These are orders banning gatherings of five or more people … and banning distributing of news through electronic media that can affect national security,” the spokesman said.

Overt challenges to the monarchy are unheard-of in Thailand, where the royal family’s influence permeates every aspect of society.

The king spends much of his time in Europe, but has been in Thailand in recent days for an annual Buddhist ceremony and the anniversary of his father’s death.

Enormously wealthy, he is supported by the powerful military – which has long positioned itself as the defender of the monarchy – as well as the establishment elite. 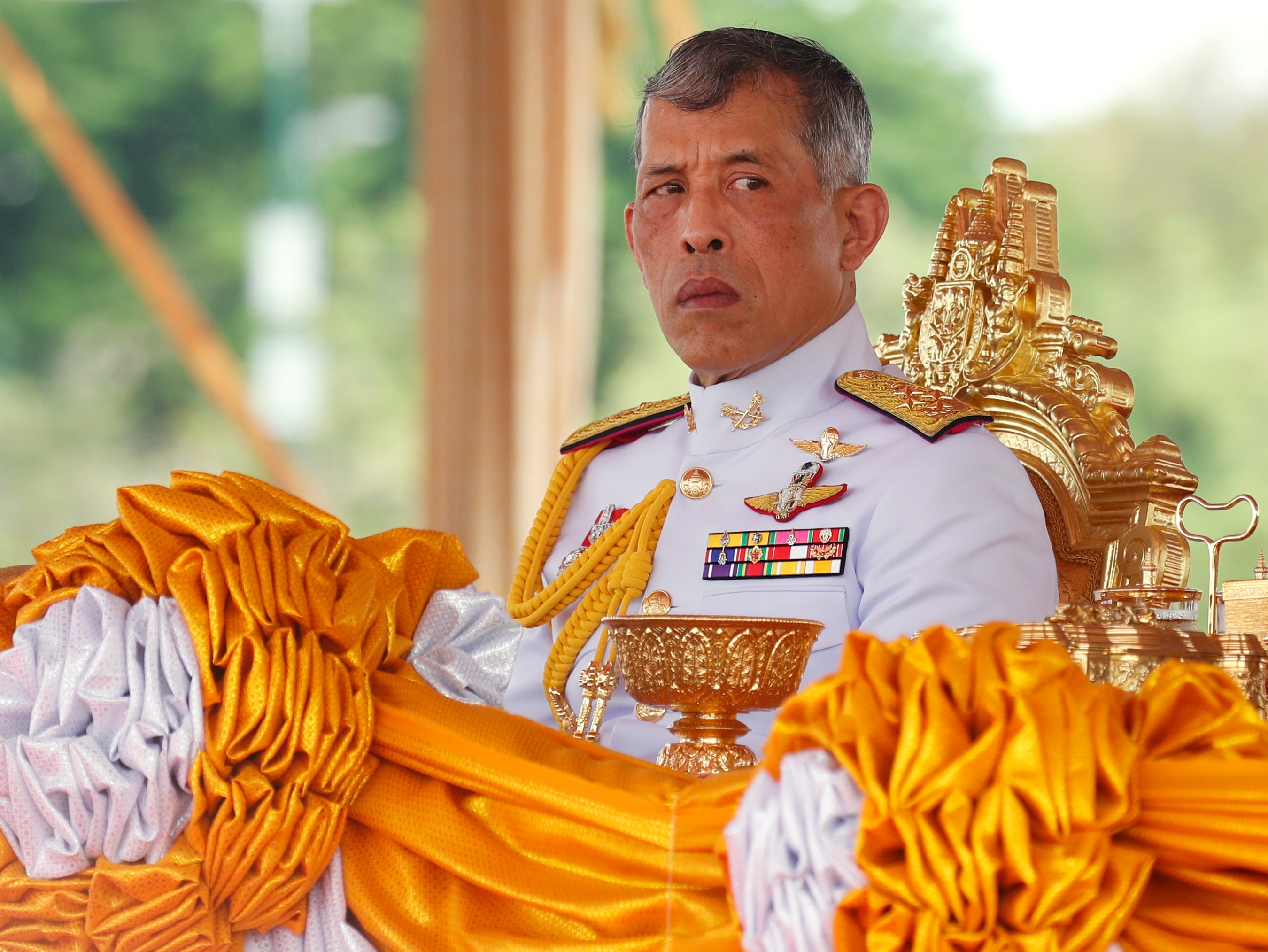 Thai King Maha Vajiralongkorn has sacked another six officials in a week of drama in the royal court.

Leading opposition figure Thanathorn Juangroongruangkit warned the situation was critical and called on those arrested to be freed.

“The government must quickly find a way to respond to protesters’ demands, otherwise the situation will fan out nationwide,” he said.

There have been several popular uprisings in the turbulent modern history of Thailand, which has endured long stretches of political unrest and more than a dozen military coups since 1932.

In the latest protests, leaders have repeatedly said they wish only for the monarchy to adapt to modern times.

Their demands include the abolition of a strict royal defamation law – which shields the king from criticism – and for the monarch to stay out of politics.

Since these protests started, dozens of activists have been arrested, charged with sedition, and released on bail.

Government spokesman Anucha Burapachaisri said the premier had ordered police to press charges against protesters who obstructed the royal motorcade, and “those who had acted in a way that defames the monarchy”.

“They must face legal procedures without exception.”

Meanwhile, a Change.org petition concerning the king has registered about 121,000 signatories in 24 hours, despite the Ministry of Digital Economy and Society suspending the weblink in Thailand. 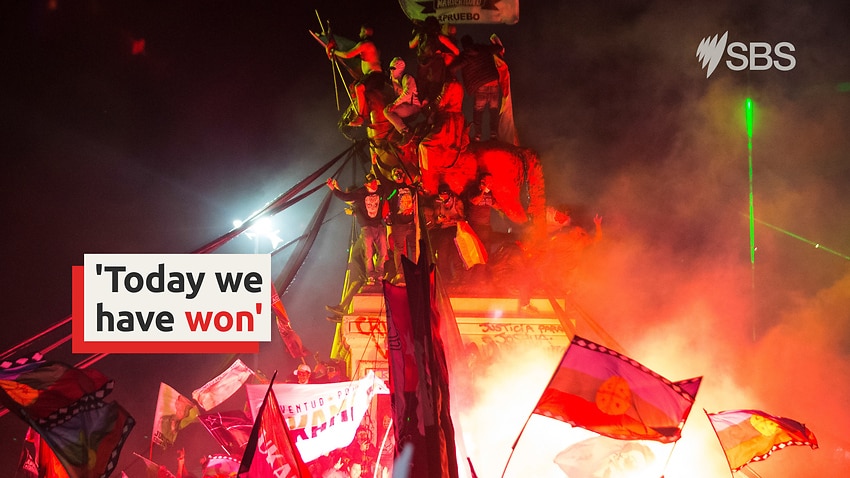 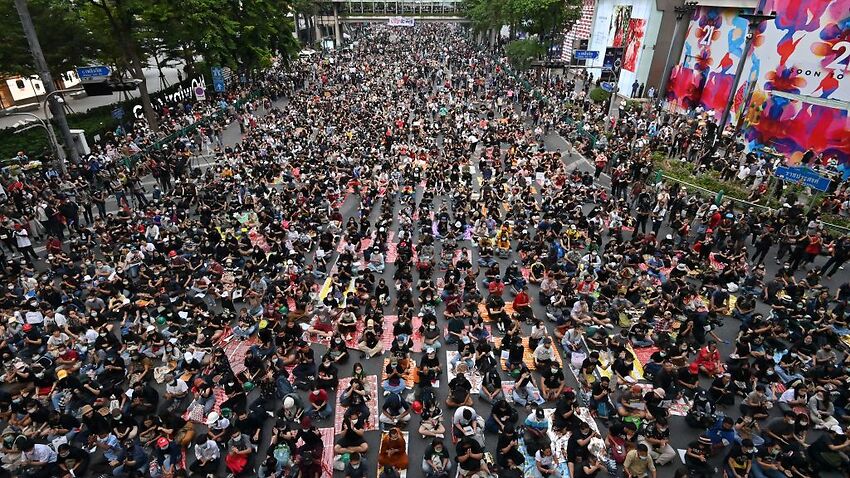 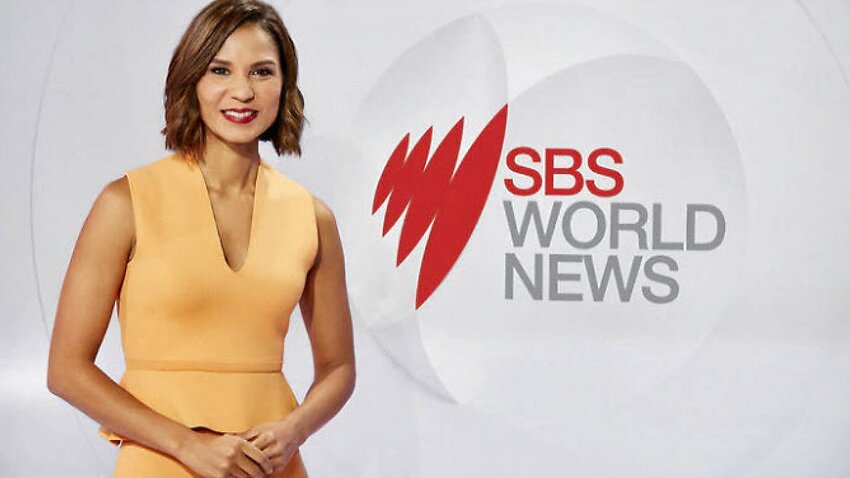